The physicists at NIF have finished building their fusion reactor. They hope to produce more energy from the fusion reaction than required by the lasers to start it. Awesome.
Posted by Owen Roberts at 11:48 No comments:

Email ThisBlogThis!Share to TwitterShare to FacebookShare to Pinterest
Labels: science 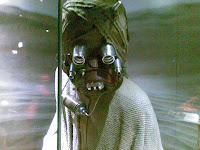 We had a great day today, having taken the kids out of school and going into the Powerhouse Museum to see the Star Wars exhibition. It was pretty cool. There were loads of costumes on display, the 8ft tall Wookie costumes looked awesome. And the Wampa - that was really cool. Also there were loads of large models of spacecraft and actual lightsaber props and othe 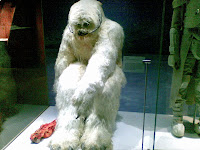 r weapons. The kids enjoyed the various hands on science areas such as robot kits, maglev train sets and an actual hovercraft you could sit in and drive in a circle.
We also had lunch in Darling harbour and rode the monorail through the city. The kids had a ball, and well, so did I. 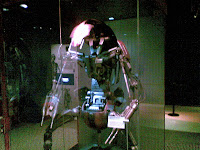 Posted by Owen Roberts at 17:42 No comments:

Just finished reading this.
*Yawn*
I did actually like the main character, Kal, as he was obsessed with striking dramatic poses, getting the wind to blow his large cloak around with legs in a wide stance, whilst holding a large laser rifle.
A very, very dark dystopian setting. Probably too dark for my liking, I mean I like a bit of rust and grimy bars etc, but this was probably overdoing it.
Luckily the book was quite short and while trudging through it was pretty boring, at least had some good violence.
Posted by Owen Roberts at 22:35 1 comment:

I spent last Sunday building the new machine with Cian. He helped drop the CPU into its socket, as well as one of the RAM DIMMs. He enjoyed that bit. I think he also enjoyed blowing the awesome amount of dust out of the existing case to make it ready for reuse.
Anyway, so it is all built, and it is bloody fast. There was a noticeable increase in speed after adjusting the BIOS to use the RAM's XMP (extreme memory profile) which auto sets the BIOS parameters to make the most of your RAM, if it supports XMP. Since I have 1333Mhz DDR3 RAM in triple channel mode and CAS latency 7, it made a good difference.
I've installed 64 bit Vista, and am now using the twin TB drives in RAID 0 configuration, check the diskspeed output! 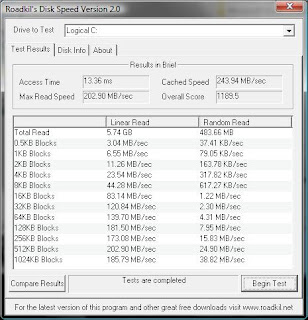 It's hitting 200Mb/second!
I had a minor scare this morning after I ripped out the old drives after copying everything to the new drives. The thing didn't boot into the BIOS, and wouldn't respond, so I had to use the PSU switch. That killed all the BIOS settings when it returned, thankfully, next boot. Scary.
Oh, yeh, I ran the Crysis demo yesterday. Ran it at 1200x800 or so, 4x AA. Sweeet.
Still waiting for another quiet case fan to arrive. I need to use three case fans to keep the temperature down, and the old case fans are really noisy. Got me some of these.
Next is to move the guts from my old PC to the server, to update it a bit as well.
Posted by Owen Roberts at 13:28 No comments:

I've just taken delivery of the hardware components for my new PC. A PC so awesomely fast, it'll blow your freaking mind. Here's a pic of the delivered parts. 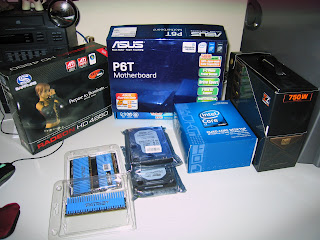 Now. To put it all together. First I have to strip my existing case, which I will reuse.
Posted by Owen Roberts at 13:59 No comments:

I just uploaded my first video to YouTube. Its an info-ad for Sinead's company ECOdirect. I also shot the video.

Posted by Owen Roberts at 20:24 No comments:

I just finished reading this. I picked it up on a whim in a book sale because it mentioned both the search for a book from medieval times and the character playing a computer game and how the two reflected each other. It was actually a better read than I thought - hey, it isn't science fiction! It was cheap and I thought it would be ok, but in truth it was really well written, and found it hard to put down.
The main character was a bit weak for the investment banker he was supposed to be, but that was really required for the story, and worked pretty well. The computer game was cool and he was entirely useless playing it. It is hard to discuss more without giving away more than I should, but the parallels between his real life and playing the computer game are fun to watch unfold.
Posted by Owen Roberts at 14:47 No comments:

Email ThisBlogThis!Share to TwitterShare to FacebookShare to Pinterest
Labels: books

Been studying up on Anauroch for a D&D campaign. Plenty of good stuff, from the usual orcs, gnolls and lizardmen to phaerimm, and Shadowvar.
I can't actually give anything away, because the players might read this.
So all you get is the random picture linkfest.
Also, I have major campaign writer's block.
Help!
Posted by Owen Roberts at 21:19 No comments:

Email ThisBlogThis!Share to TwitterShare to FacebookShare to Pinterest
Labels: roleplaying

This is brilliant game. It's so much fun. It's quite like Lemmings, for those of you who enjoyed puzzle games when they were actually fun. I particularly enjoyed Chapter 4 which has a theme of "Information Superhighway". Blocked sockets, packet routing. Hooo!
The physics engine is unbelievable. Your goo towers bend and sway in the breeze, gravity sucks, and goo flys in gentle arcs. There is even one level where you have to orbit goo around a central mass.
The backing sound track is atmospheric and a delight, and there's a humour through the whole game that will keep you smiling. Rock on 2D Boy!
Here's a trailer !

Posted by Owen Roberts at 20:46 No comments: